A home-grown science lab in a box

Countries that study basic science enjoy faster economic growth, believes Klaus Jaffe, coordinator of the Centre for Strategic Studies of Simón Bolívar University in Venezuela. In his study of World Bank GDP data and scientific publications in poor and middle-income countries, Jaffe and his team as found that scientific productivity in basic science – including physics, chemistry and material sciences – correlated strongly with countries’ economic growth over the following five years.

But in South Africa, science education is wanting. The apartheid legacy left SA with an unequal two-tier school system. Research by the Institute of Race Relations’ Thuthukani Ndebele shows that private schools and former Model C schools are well funded and well equipped. But township and rural schools – often run on a ‘no-fee’ basis – typically do not have money for expensive equipment.

The vast majority of South African schools have no science laboratories, according to statistics released by the department of basic education in 2015. In number terms, 86% of this country’s 23 589 public ordinary schools do not have science labs.

In most rural and township schools, science – which begs for experiential learning – is taught from a textbook. This means many young black learners don’t get hands-on tuition in a subject where learning is far more effective when it is demonstrated and practised. As a result, many young first year students who enter a university to study science have never even been a lab.

“I remember the first time I went into the lab, I thought: ‘What do I need to do here?’ It was quite an intense and nerve-racking experience,” says Bathabile Mpofu, the founder of Nkazimulo Applied Sciences, a company that develops science labs in a box for underserved high schools. After her experience of being taught science using only a textbook at school in Mahlabathini near Ulundi, the Durban-based scientist-cum-social entrepreneur decided to step into the breach.

While studying for a BSc Chemistry and Biology in 1997, Mpofu discovered she wasn’t the only person who didn’t have hands-on science experience. “We had practicals that started at 14:00, and ended at 17:30,” she recalls. “People who went to private or Model C schools were finished with their projects by 15:00. At 16:30 I, and the other students like me, were still trying to figure out what needed to be done. This really knocks your self-esteem and you actually start to think you’re stupid, even when you’re not,” she says.

Mpofu graduated and started working in a commercial laboratory where she supervised interns. She noticed that despite graduating from universities, the young black scientists were under-experienced when it came to basic laboratory tasks.

Science in a car boot

In 2015, Mpofu and her husband decided to do something about the situation. “We bought chemicals, glassware and other equipment,” Mpofu says about her first efforts to try and get basic lab equipment into underserved schools in KwaZulu-Natal. “I’d prepare everything, put it in my boot, go to a school, and try and explain basic lab equipment and processes to students.”

This pet project was financed by Mpofu and her husband. After seeing what a difference this made to students studying science, she knew she had to try make this project more impactful.

“The kids became enthusiastic about science, but after I left with the equipment, what then? We needed a sustainable solution.” That’s when Mpofu came up with the idea of making science kits for schools. She’d do the demos, but would leave a kit behind so the students could keep learning.

The first ChemStart kits were developed with the aid of seed funding from the University of Cape Town and the SAB Foundation. Later Mpofu applied for funding from Lifeco Unlimited, which enabled the kits to be tested in schools. Next she entered Total’s ‘Startupper of the Year’ and won a prize of R600 000. This funding gave Mpofu the initiative she needed to quit her day job and start producing and marketing the kit full time.

The kit comes with all the glassware (test-tubes, beakers and measuring tubes) and chemicals needed for a variety of experiments, and there are even safety goggles for the learner who is handling the equipment. Everything is housed inside polystyrene compartments, which fit into a sturdy cardboard case. A booklet is included that describes the experiments, which are based on the school curriculum. The idea is that there should be no more than five learners per kit, to maximise the hands-on experience. It is currently available in 15 schools.

Mpofu believes that science and technology are critical to building the economy, because innovation is founded on scientific discovery and original thinking, which in turn are founded on a good foundation in science education. “If we can’t get that right,” she says, “then we’re going to remain the way that we are – always dependent on someone else, some other country to create something new, which we then buy.”

This article originally appeared in the 30 March edition of finweek. Buy and download the magazine here.

Did you enjoy this article? Share with people you know 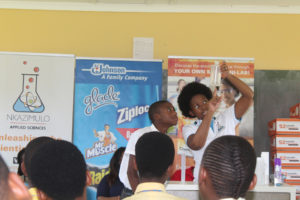 A home-grown science lab in a box 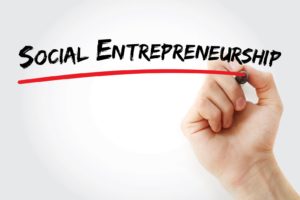 How To Be A Social Entrepreneur

Social Entrepreneur A social enterprise is an organisation that serves a social and/or environmental purpose, generates income from business activities and reinvests its profits back 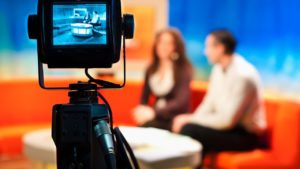 Total Startupper of the Year Award

Total Startupper of the Year Award From concept to implementation, starting a business is never easy, especially with all the risks and pitfalls along the 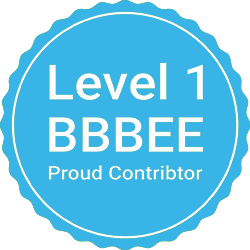 For all official information and updates regarding COVID-19, visit the South African Department of Health’s website at www.SAcoronavirus.co.za